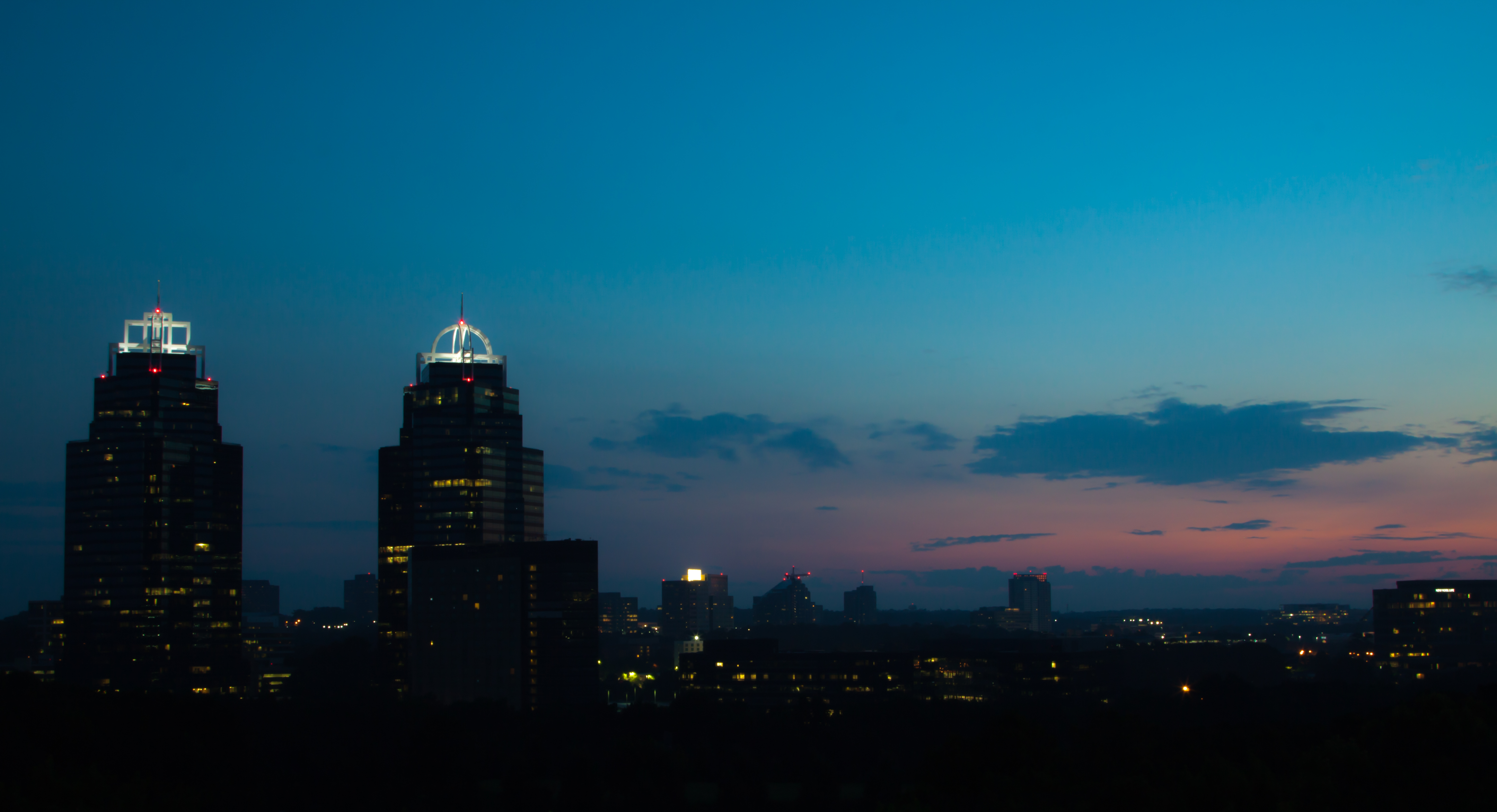 Bustling Sandy Springs holds both growing urban hotspots and leafy residential areas within its 49 square mile area. Sitting due north of Buckhead, the city's nearest neighbors are Dunwoody and Norcross. The Chattahoochee River creates a natural border between Sandy Springs and Marietta (to the west) and Roswell (to the north). The population is about 100,000.

Local lore attributes the city's name to bubbling springs that served as a Native American trading spot, though that hasn't been proven. Sandy Springs was at one time a retreat for Atlanta's wealthy families, most notably famed Coca-Cola leader, Asa Candler. The people of Sandy Springs fought a decades long battle for cityhood, having finally won the right to incorporate in 2005.

Today, Roswell Road is the city's main artery and, along with Georgia 400, offer direct connections to Buckhead and Midtown. The Concourse office buildings (pictured above) are among Sandy Springs' most recognizable icons, as is the intersection called "hospital corners" or "pill hill," home to Northside, Emory/St. Joseph's and Children's Healthcare/Scottish Rite hospitals.

Sharing part of the "Perimeter area" with Dunwoody, Sandy Springs has seen tremendous new development since its incorporation. In addition to new multi-unit housing and live-work developments completed or under construction, Mercedes-Benz is also building its new corporate headquarters on Abernathy Road near Georgia 400. Other major employers include United Parcel Service, Cox Communications. The median home listing price is $600,000 and the median home closing cost is $362,000.

Listings on this website come from the FMLS IDX Compilation and may be held by brokerage firms other than the owner of this website. The listing brokerage is identified in any listing details. Information is deemed reliable but is not guaranteed. If you believe any FMLS listing contains material that infringes your copyrighted work please go to the following link to review our DMCA policy and learn how to submit a takedown request: https://www.fmls.com/dmca.htm. © [2020] FMLS.

We're always available to help out, get in touch with us any time, or shoot us an email.

Thank you for contacting us, we'll get back to you shortly.

Sorry, we are unable to send your message at the moment. Please try again later.