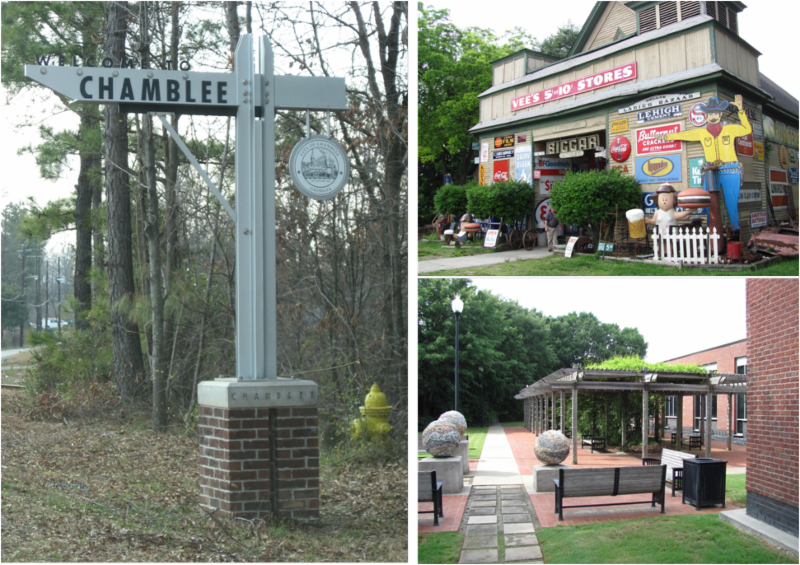 Quiet Chamblee drew little attention within the Atlanta metro until about 10 years ago when more buyers and developers began investing in this historic area of DeKalb County.

Located next door to Dunwoody, Brookhaven and Doraville, and just 15 miles from Downtown Atlanta, Chamblee proudly hails the diversity of its residents. An area of Buford Highway has been designated DeKalb's International Corridor, in large part due to the people of an estimated 30 different nationalities living nearby.

Recent annexation has raised its population to nearly 30,000, becoming the county's third-largest city. The 2016 median sales price for single family home were $322,000, while the median price of townhomes and condos were $188,700.

One of Chamblee's most charming areas is its Antiques Row along New Peachtree Road -- originally home to the bustling downtown area which built-up in the early 1900s around the area's railroad crossings. Today, in addition to the new city hall building shown above, new multi-use developments are located nearby, just steps from the Chamblee MARTA station. The city is also home to six parks, including the newly-reopened Rail Trail.

Listings on this website come from the FMLS IDX Compilation and may be held by brokerage firms other than the owner of this website. The listing brokerage is identified in any listing details. Information is deemed reliable but is not guaranteed. If you believe any FMLS listing contains material that infringes your copyrighted work please go to the following link to review our DMCA policy and learn how to submit a takedown request: https://www.fmls.com/dmca.htm. © [2020] FMLS.

We're always available to help out, get in touch with us any time, or shoot us an email.

Thank you for contacting us, we'll get back to you shortly.

Sorry, we are unable to send your message at the moment. Please try again later.